The VFW is an organization that works for combat veterans who were stationed in a foreign country, providing them financial help, job training, and a place to share stories. The members of the post are very dedicated to the mission, and are always looking for newly homebound veterans to make new friendships, share stories, or lend a helping hand. This post means so much to the VFW member, as when they come back to the United States it is a place that will help them get acclimated back into civilian life.

While the United States Military is one of the largest solar panel purchasers, VFW Post 10804 in Little River, South Carolina is the first VFW organization in the country to install solar energy on their building with the help of RE-volv and the Coastal Carolina University Solar Ambassadors! After successfully completing this project, the RE-volv Solar Ambassadors at Coastal Carolina ran another crowdfunding campaign to raise the upfront capital needed to bring solar to VFW Post 10420 in 2019.

The Solar Ambassadors at Coastal Carolina University began working in 2015 to team up with a local nonprofit organization to go solar, and they found the perfect match with VFW Post 10804! The Coastal Carolina Solar Ambassadors led the crowdfunding campaign to raise the money needed to pay for the upfront cost of the solar system and helped engage the local community in the project by spreading the word about solar and renewable energy. View the crowdfunding video for this campaign below.

Cat Sweeney, a Coastal Carolina Solar Ambassador says, “After starting talks with the VFW post we found out that they had already been working with their utility to try to lower their electricity bills. They all did their research and made sure we knew what we were talking about and it was wonderful working with all of them, and it was great to finish a project that had so much impact.” Danielle Kvadas, a Coastal Carolina Solar Ambassador from 2018 to 2021 says, “I enjoyed having the opportunity to work with the veterans and have meals with them at the VFW. We were able to talk to the members and learn about them and their individual stories. It was amazing.”

Thank you to the 135 people who generously donated to this crowdfunding campaign to pay for the upfront cost of the solar system for VFW Post 10804. As the VFW pays back RE-volv, their monthly solar payments are invested into RE-volv’s Solar Seed Fund, a revolving fund for solar that is used to bring solar to more nonprofits across the country. By going solar with RE-volv, the VFW will save $34,500 in electricity costs over the lifetime of the system, allowing the VFW to continue providing services to veterans of foregin wars for years to come. 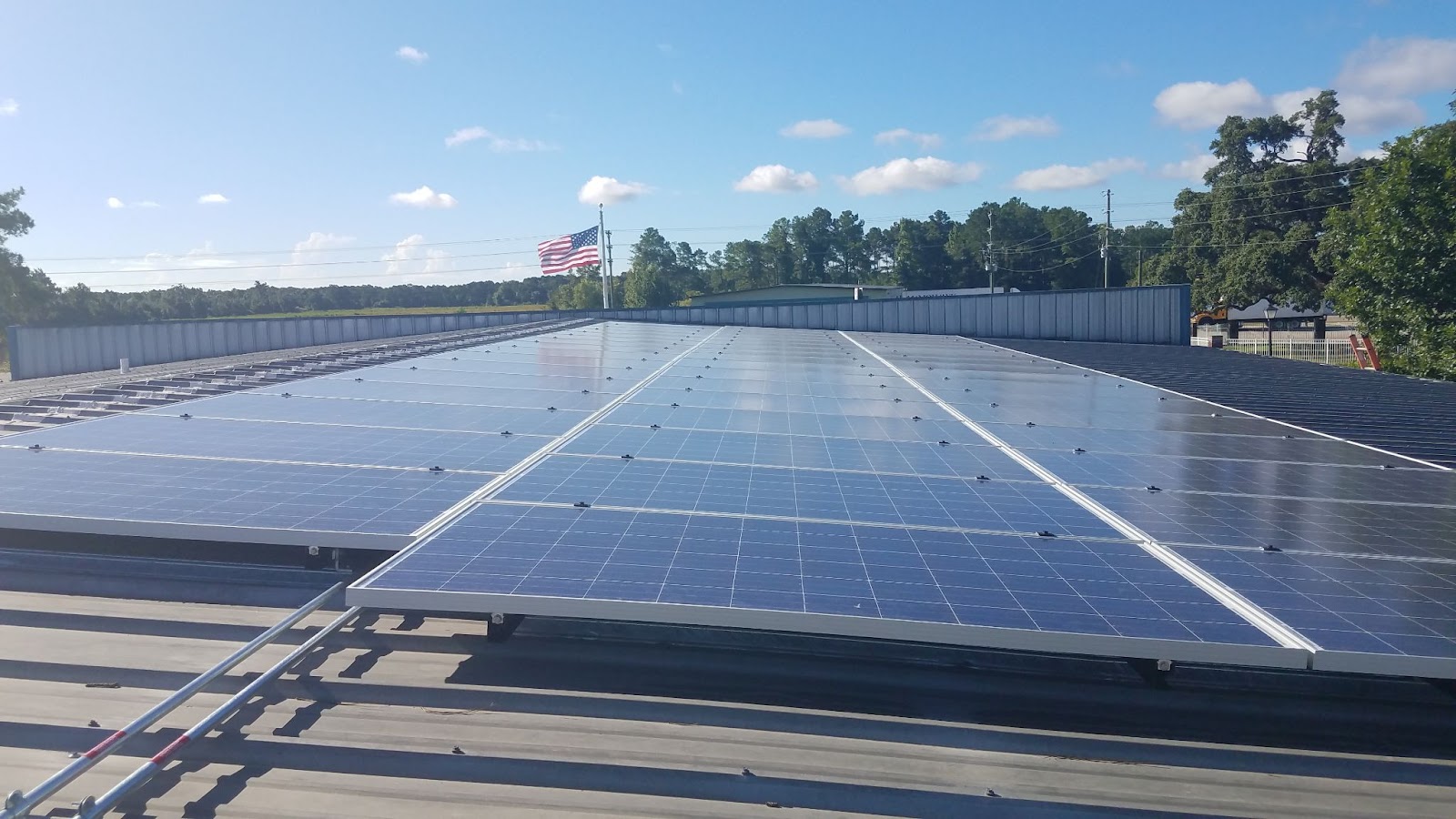 This project is made possible by contributions from the 135 donors to this campaign! We'd like to thank our amazing partners at the Leonardo DiCaprio Foundation, Carolina Energy Conservation, and Yes Solar Solutions for supporting the Veterans of Foreign Wars Post 10804's solar array.