What Are The Best States
for Solar Jobs - and Why?

There are over 242,000 solar jobs in America today, and employment in this fast-growing industry has grown at six times the rate of the economy as a whole! It’s a great time to be a part of this industry, and many entry-level positions don’t require a college degree or previous industry experience. (And, if you’re looking for a solar job, read this post).

While there are solar workers in literally every state, those 242,000 jobs aren’t divided up evenly across the country. Let’s dig into the data to see which states have the most solar jobs, and look at why these states are emerging as leaders in building the clean energy economy.

1. Looking at the Data

The Solar Jobs Census published by the Solar Foundation is an incredible tool for research on the industry, with tons of data as well as fact sheets, case studies, and even career development resources.

In addition to the top-line national data provided by the report, the Solar States page includes state-level, county-level, and even Congressional District-level data on solar jobs, providing a powerful lens into where this industry is truly thriving.

Let’s start with a look at the top 10 states for solar jobs nationwide:

The fact that California is the #1 state probably isn’t surprising. In addition to being famous for its “green” lifestyle and sunny days, the Golden State also has the largest economy and biggest population of any state. If you look at those jobs on a per capita basis, the list changes a bit - although six of the top 10 states appear on both lists! 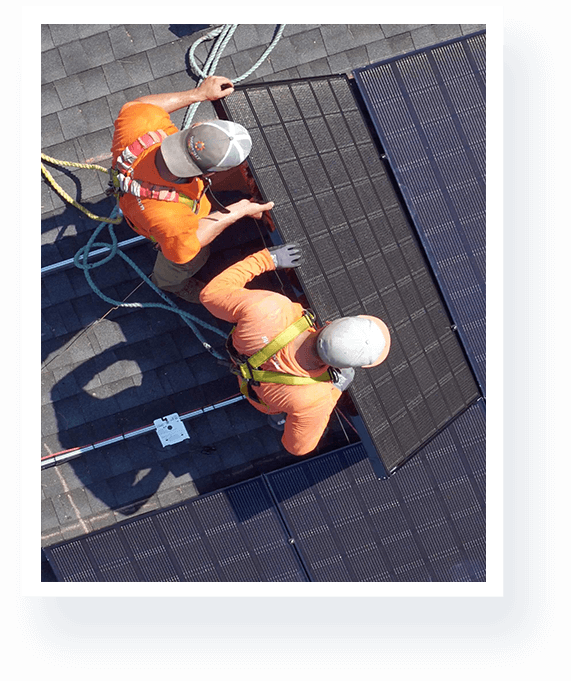 2. Why These States Are Solar Jobs Leaders

You might expect solar jobs states to match California’s profile: coastal “blue” states with lots of sunshine. However, these lists show that solar jobs winners are spread out across the north, south, east, west, and the middle of this country, and politically they include some of the reddest red states (Utah and Texas, step right up!) as well as lots of blue and purple.

However, even if these states have very different politics, they share a common denominator in two key solar-supporting policies: net metering, and renewable portfolio standards. While these policies can vary in their details from state to state, they each encourage investments in solar power by ensuring that they are compensated appropriately by utilities.

Net Metering: Net metering allows homeowners and businesses with solar panels to receive credits on their utility bill for every kilowatt-hour (kWh) of electricity they generate. Most net metering policies provide a 1:1 credit for customer generation - in other words, if you produce 3 kWh of solar, your electricity bill will be reduced by 3 kWh.

DSIRE is a great resource for solar policy research, and if you look at their handy summary maps of states with net metering and renewable portfolio standard policies, you’ll quickly notice something about the states on those solar jobs lists: every single state has either net metering or a renewable portfolio standard in place, and most have both!

Every state is different of course, but there’s a clear lesson here: if you want to grow the solar industry in your state, these two policies are proven to encourage lots of solar power development - and the solar jobs that come with it!

3. Supporting Solar Jobs in Your State

With more and more states adopting these policies and other solar incentives, chances are you might already be living in a great state for solar jobs! You can help support the solar job boom in your state by going solar yourself - or by helping deserving non-profits save money and do more great work by helping them go solar.

Solar Jobs For All

Solar is booming, and so are solar job opportunities. According to the most recent National Solar Jobs Census..

Looking for a Solar Job? Here’s What You Need

It’s a great time to be working in the solar industry. According to the National Solar Jobs Census, American solar jobs..