Installing a rooftop solar system is a great step towards achieving energy independence and lowering utility bills. Solar energy has the potential to be exceptionally beneficial for both residential and commercial buildings, but is dependent on a variety of factors:

Before installing solar panels, the quality of the existing roof should be assessed. Most roofs last about 20 years but if the roof is due for a replacement, the replacement should be completed first. Solar being installed on a roof that is less than 10 years old is ideal. Installing panels on a roof that needs to be repaired will only result in excess money spent on the removal and reinstallation of the system.

The pitch of a roof can affect the production of a solar system. The latitude of the location where panels are being installed is considered an optimal tilt. Typically, pitches between 30-45 degrees work well, although most tilts within range will produce sufficient production.

Both south and west facing roofs tend to be the best orientation for solar systems in the northern hemisphere. Like pitch, the azimuth will also affect the amount of energy produced by solar panels. In some cases, utility rates may influence the direction of the system. For example, a time of use rate plan will benefit from a solar system that is positioned to have optimal irradiance during on peak hours (when energy use tends to be the highest). 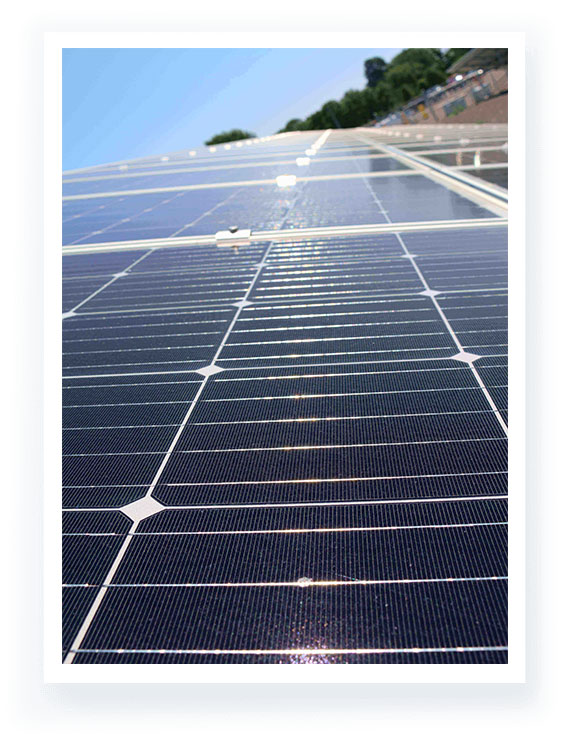 Roofs need substantial sunlight to benefit from solar panels. Solar panels convert the sun’s rays into energy. Without the sun, solar panels are unable to produce electricity. Shading affects the solar system’s performance. Trees and rooftop obstructions typically create shading. Cloudy days can also result in a less efficient system. The location where panels are being installed can help determine the severity of cloud shading. Depending on the components of the solar system, some system’s production can be impacted greatly by shading.

Different codes require different setbacks to be implemented on solar system designs. For example, the fire code requires a three-foot setback from the ridgeline and sides of the roof plane. Codes may vary under which jurisdiction has authority and are continually changing. If there is already a lack of roof space, system design will be affected. On larger projects, walkways and setbacks around larger obstructions such as rooftop HVAC units are common.

Understanding what factors affect a solar system’s performance is important when considering an installation. Rooftop systems typically have a variety of fixed features that are unable to be manipulated with ease such as the steepness or direction of a roof. Grasping the influence these elements have will better prepare an owner on what to expect out of their solar system.

Recoverable Grants allow nonprofits to receive funding in the form of a loan from.. 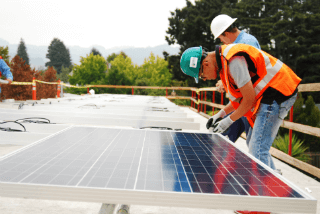 The fact that humans have the ability to capture in the energy of the sun and power our..